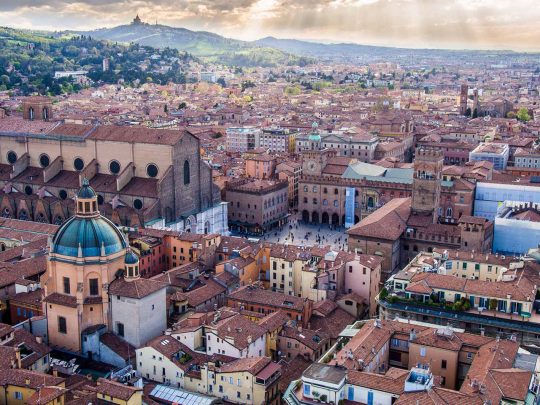 Bologna is one of the best cities in Italy, here you will find the oldest and one of the most prestigious Universities.

The city is crowded with students and the beauty of the buildings and arts can be seen on any road and walk tour you will do.

The city center of Bologna is famous because of the arcades that will let you walk around even with the rain without you getting wet.

Bologna is located in the center of the region Emilia Romagna which is one of the best regions to live and explore in the world.

Bologna is very famous for the hills that surround the city (I Colli Bolognesi), from there you will be able to see bologna from the top.

In this article, we are going to talk about the best places to go and what to eat while you are in Bologna for a day or two.

Bologna What To Do

Bologna is one of my favorite cities in the world, maybe because I had a good time there or also because there is nothing wrong with this city at least according to me.

We can start our tour of Bologna from Piazza Maggiore, this is a beautiful square and the main square of the city.

In this square, you will find the fountains of Nettuno and the Basilica di San Petronio, not too far from there you can walk toward the 2 leaning towers.

La Garisenda and The Tower of The Asinelli are the symbols of Bologna and they are leaning like the Tower of Pisa. You can walk the 498 steps on top of the tower of the Asinelli and have a magnificent view of the city of Bologna.

These two towers are the most famous towers in Bologna but from there you will find out that there are a lot more towers, in fact, Bologna in medieval times was full of towers like these ones.

La Montagnola is the area next to the train station, you will be able to climb on a little hill that is overlooking the city. The structure of La Montagnola is very nice and characteristic of Bologna.

The ring of the city is called by the people from Bologna “I Viali” it goes around the city of Bologna and there are 9 doors left now that go to the center, Porta Saragozza, Porta S.Felice, Porta S.Isaia, etc…

The city of Bologna is also built around canals like Amsterdam and there is a Bologna underground you can visit as well on certain days of the week. It is possible to see the canals from a secret door in Via Piella.

The Basilica of Santo Stefano in Piazza Santo Stefano is one of the nicest places in the city of Bologna, you will be impressed by the style of the square.

My favorite thing to do when in Bologna is going up the 666 arcades of the portico di San Luca and up to the Basilica.

This is one of the best places you can go to in your life, the atmosphere there is so perfect and nice that you will remember it forever.

There is more than one dish to list here as a typical dish from bologna, some of these dishes are now famous worldwide, for instance, the Tortellini in Brodo.

This is a dish that is appreciated worldwide, in Bologna, you will find also a school that teaches you how to make this kind of dish and pasta.

The Tortellini in Brodo is a pasta dish made with eggs and flour and filled in with the meat, mortadella, and other things. The broth is made of meat boiled in water with vegetables.

The Lasagne Alla bolognese is another dish that you probably ate even in your country and that is famous worldwide.

In fact, the Ragù is a typical sauce from Bologna and the lasagne is filled with Ragù and many other things that make them amazing.

The Mortadella is another thing that is typical of Bologna and that you can find worldwide, if you get some slices of mortadella here you will remember forever the smell while they cut it at the grocery store.

Bologna is one of the best cities in Italy, people who live there are very happy and they don’t want to leave this paradise.

The city center is mainly inhabited by students because the city center and Via Zamboni is the place where you will find most of the universities.

The University of Bologna is prestigious and many students from all over the world decided to study there.

The nightlife in Bologna is crazy, there is stuff to do every single night of the year and you will love it so much.

The hills of Bologna are very popular and famous and they will give you the chance to see awesome landscapes like the one that you can see from the sanctuary of San Luca.

I hope that you have some interest in visiting this city now and that you want to bring your friends to explore the beauties of this city. 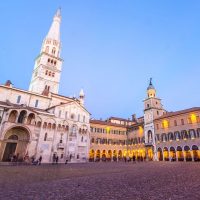 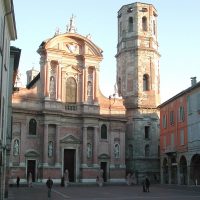 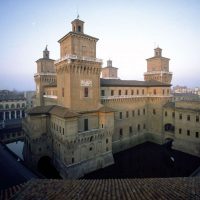