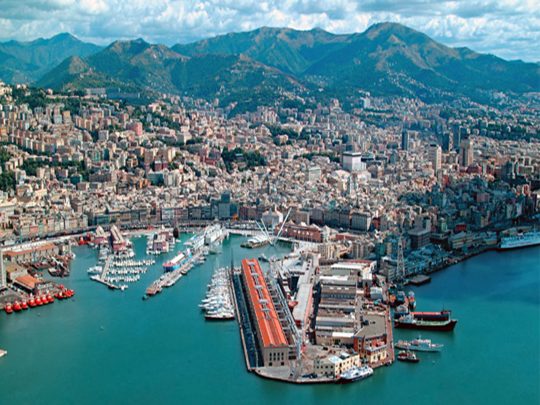 Genoa (Genova) is the capital of the region Liguria and there are many awesome things about this city that I am trying to write on this guide.

Genoa is a city of art located between the sea and the mountains and that offers to those who visit the city breathtaking views and unforgettable moments.

The city is full of noble palaces, museums, churches, but also of modern attractions such as the famous Aquarium of Genoa deserves to be absolutely visited at least once.

Genoa is one of the most beautiful seaside cities in Italy and its beauty is not well known among the tourist that tends to go to the 5 Terre and that’s it.

Its charm has remained unchanged over the centuries and if you want to know where to go and what to at in this town read on this guide.

Genoa What To Do

The Historical Center is impressive and fantastic and is formed by the so-called “Caruggi”.

These are narrow alleys that date back to the medieval period and all of this makes you seem to be in an incredible city.

The Museo di Palazzo Reale is the most important museum of the city of Genova and inside you will be able to find works by Van Dyke and Tintoretto.

The Genoa Aquarium is the most famous place in the city and it was inaugurated in 1992 in the area of the Porto Antico.

The Genoa Aquarium is the second largest in Europe after the one in Valencia. Inside there are 12,000 animals of 600 different species.

If you like sharks and the most awesome kind of fish you will be able to find in this huge aquarium that is also located in a fantastic location of the city.

La Lanterna is the symbol of the city of Genoa, and it is the ancient lighthouse of the city. The lantern is 252 Feet (77 meters) high, and it dates back to the fourteenth century and had the task of making the ships aware of the port.

At the port of Genoa, you can get on an elevator that will let you see the panorama of the city at 360 °.

The area of the Old Port was designed by the architect Renzo Piano and houses the main attractions of Genoa, including the Aquarium.

The Cathedral of San Lorenzo is a very old building and a splendid example of the Genoese style, this is located in the city center where you will be able to find a lot of awesome buildings.

You probably went to the grocery store and bought some Pesto Alla Genovese, the green pasta sauce made with pressed basil and pine nuts.

This is not a case that is called Alla Genovese, the roots of that delicious pasta sauce come from the city of Genoa.

The typical dish then for this city it will be the Pasta with Pesto Alla Genovese, you probably ate a bad version of it in whatever country you are now but in Genoa, it will be so good that you would wanna eat more.

Another awesome dish that you can eat in Genoa is the Focaccia, the focaccia is prepared in many ways: with olives, onions, cheese, sage and so on.

Among the first courses, there is also the Pasqualina cake, a puff pastry stuffed with cooked artichokes or beets, courgettes, cheese, and eggs.

Very delicious is the Genoese vegetable soup and the farinata, thin focaccia made from chickpea flour mixed with water, oil, and salt and then cooked in a wood oven.

Genoa is one of the top cities in Italy to visit, the city is pretty big and there is a good range of things to see and watch at any time.

The nightlife in Genova is very good because of the university and the huge amount of people living in town.

The area that is more visited is the area of the port, although it is a very nice area of the city, don’t make the mistake of not visiting the city center.

The buildings in the city center are majestic and with a beautiful Genovese style. Certain areas of the city are absolutely stunning because of the little streets and alleys.

If you have time to visit genoa after your visit to the 5 Terre which is pretty close to genoa you should pay some attention to this underrated city.

The food is awesome in Genoa d if you are smart you can easily eat some of the best fish dishes of your life.

I hope that by now you have some interest in visiting this great city called Genova and that you want to eat some fish in town. 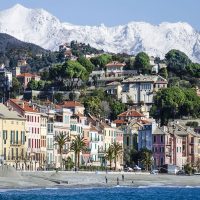 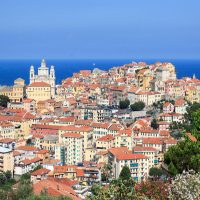 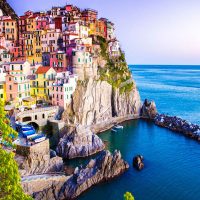