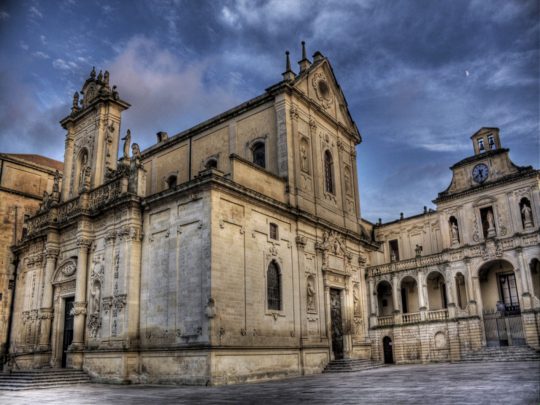 Lecce is probably one of the most beautiful cities in the region Apulia and it is located almost at the end of the region, in the heel of Italy.

This city is called “The Firenze Of The South” for many reasons, in fact, this city is like a free museum in any corner of the city.

Lecce is a place to admire the Renaissance architectures and the richness of the Baroque style, medieval architectures that blends well with the archaeological remains of Roman domination.

Not to mention some of the nicest beaches in the world, the water is very clean and the beaches are absolutely stunning.

An example is Santa Maria di Leuca and many other sites like Gallipoli where you will be able to have a lot of fun during the summer.

If you are ready to discover what to do and what to eat in Lecce you are in the right place.

Lecce What To Do

Before starting the tour of Lecce I wanted to say that this region and province of Lecce is often called Salento.

The most important building in Lecce is certainly the Cathedral of Maria Santissima Assunta, located in the historic center.

From the outside, the cathedral has a beautiful facade with statues, do not miss the ancient pipe organ, but also the wooden ceiling.

Piazza del Duomo is one of the most famous squares in Lecce and is a typical example of a Baroque square, as well as one of the rare examples of a closed square.

The castle of Lecce is another rather beautiful building that you will have to visit.

The Castle has a square plan and two access gates on which the coat of arms of the Habsburgs still appears, as well as the remains of the ancient moat.

Porta Napoli or also known as Arco di Trionfo is the main gateway to the city of Lecce. This is another great monument that you can see for free.

Park Tower, in the heart of Lecce, is one of the most iconic landmarks, the Tower is very high and divided into three levels, this work of art and ‘very impressive.

The best way to discover this beautiful city is by walking and getting lost on the roads. The weather is most of the time great in this city so you might not need to worry about the rain or clouds.

If you are in the city center it will be very safe and clean to walk around and discover beautiful places all over this beautiful town.

The food in Salento is amazing, there are so many cheap places where you can eat awesome food that you will definitely don’t’ feel like going on a diet.

The plates and dishes are quite simple and yet absolutely tasty, something that the people of Lecce is always bringing with them when moving to another city in Italy are the Friselle.

This is a kind of bread that is very hard, almost impossible to eat unless dipped in water or tomato sauce.

These Friselle are often dipped in tomato sauce, and covered with tomatoes and oregano and some awesome local olive oil.

The seafood is also amazing in Lecce, in fact like most of the cities in Puglia here you will eat Amazing seafood for sure.

If you are ready to discover this city you need to go to a restaurant on the beach and ask for the special dish of the restaurants.

Lecce is one of the most beautiful cities in the region Apulia, the city is located very close to the beach and to some of the most famous localities for fun and beautiful beaches.

If you are here you will be in a region called Salento or also called the heel of Italy due to the shape of the region that it looks like a shoe heel.

This city is defined as the Florence of the south, in Lecce, you will find a lot of baroque style architectures and beautiful places and museums to visit for free.

Walking around the city center is amazing and it will allow you to discover beautiful places that you will never forget.

If you are in the city center you can go to the tourist office and ask for events that might occur in the period of your visit to Lecce.

I hope that you have some interest now in visiting this beautiful place that will impress you for sure, al you have to do is to book a ticket and discover this city. 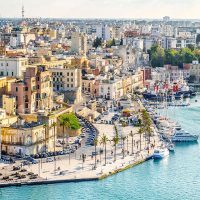 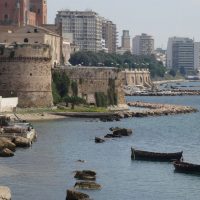 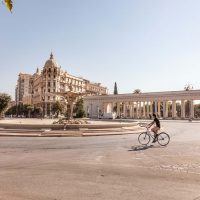 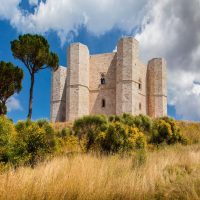