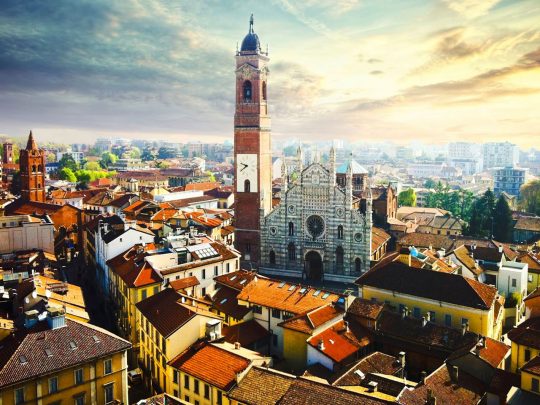 Monza is the capital of the region called Brianza that includes several other cities, today we are going to talk about this awesome city.

Monza is very close to Milan and is the gateway to Brianza and you can find unsuspected treasures in this city.

Despite the great closeness to the capital, in fact, it preserves its cultural and culinary autonomy and a good quantity of historical and artistic pearls to visit absolutely.

If you are interested in discovering a less chaotic city than Milan that still preserves many awesome places to visit you should go visit Monza.

In this guide, I am going to tell you exactly where to start your tour of the city and what to eat of traditional food in Monza.

Monza And Brianza What To Do

We can start from The Duomo of Monza which is a minor basilica dating back to the 14th century dedicated to St. John the Baptist.

Outside, the structure appears majestic, almost regal, characterized by the presence of the bell tower, almost 80 meters high.

The most precious treasure, however, remains the very precious Chapel of Teodolinda, a Bavarian princess of the Catholic faith who was twice married to a Lombard king.

In the heart of the historic center, in Piazza Roma, is the Arengario, or the old town hall of Monza, this building looks pretty nice.

The Ponte Dei Leoni is one of the historic bridges of Monza used for crossing the Lambro river and if you like bridges this definitely a bridge that you want to consider to watch.

The Autodromo Nazionale di Monza is nothing less than an international circuit located in a special area of the Monza Park.

This is one of the most important racetracks in the world, it is the historic seat of the Italian Grand Prix, an event that was held there more than 80 times.

If you like racing of motorcycles and cars you should book a ticket for the next race on the official website of the Monza circuit.

The Royal Villa of Monza was wanted in the 18th century by Maria Teresa of Austria who wanted to give it to her son, Archduke Ferdinand. It is a neoclassical villa with refined finishes and a huge park. It is the most important monument of Monza.

Food In Monza And Brianza

There are a lot of great restaurants in Monza and one of the most awesome dishes that you can eat in town is called the Cazzoeula.

The Cazzoeula is made with pork, of which practically nothing is thrown away because in the pot should also be put the scraps as feet, Musini and Cotiche and the tasty salami Verzini.

Risotto con la Luganega is made of a good sausage called Luganega and has become a symbolic dish of Monza even if it is also eaten in many other areas around.

There are several recipes, as often happens, creative variations and traditions that are handed down from family to family, but the presence of this Luganega which is the Brianza sausage is essential.

The torta Paesana is a cake made with leftover bread and soaked in milk, then sweetened with chocolate and other simple ingredients, in fact, it is also called Michelasc cake, the dialectal name of stale bread.

Monza is a nice town very close to Milan that you want to go discover if you have time because there are many things to see.

If you are tired of the crowd in Milan this is a good gateway escape to a nice city that has a lot to offer.

Monza is one of the most important cities after Milan in the region Lombardy because a lot of rich people that work in Milan are living actually in Monza.

The Villa Reale Di Monza is one of the biggest villas in the world and it is considered to be together with the Palace of Versailles and the Reggia di Caserta one of the nicest Palaces in the world.

If you like the food they have many restaurants and also the nightlife in Monza is very active due to the many young people living in this town.

If you are interested in visiting this beautiful city you should get a train, driving in the center can lead you to get many tickets.

I hope that you enjoyed this guide of Monza and that you want to go visit this town when you have some time to explore new places.

I Hope That You Liked This Short Review Of Monza And Brianza, Feel Free To Share This Website. You Can Tweet Any Sentence Just By Highlight It. 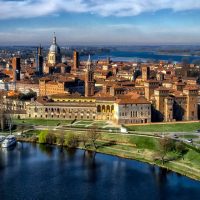 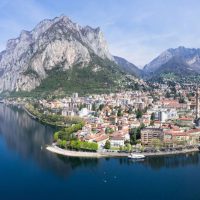 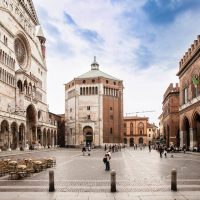 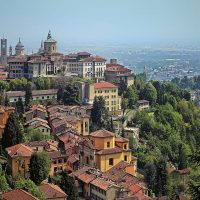