Piacenza is a city rich in art and history, with an excellent quality of life, many services, a good university, and growing tourism.

It is a very calm city that can be visited by walking in the city center and using public transportation.

Around the city, there are the hills and if you have time and you have a car you should go visit some cities around Piacenza, for instance, Bobbio who won the prize as the most beautiful Borgo of Italy in 2019.

If you are ready to discover what to do and what to eat in the province of Piacenza I am here to tell everything in this guide.

Piacenza What To Do

Palazzo Farnese, it is one of the most important buildings in the city and today houses the Archaeological Museum, the Carriage Museum, the Risorgimento Museum, the Pinacoteca, the Ducal Chapel and the State Archive.

Duomo Santa Maria Assunta e Santa Giustina is the most most important church in the city of Piacenza where you can find a spectacular pipe organ and it also houses the Kronos museum of sacred art.

The most important square is called Piazza Cavalli where two of the most beautiful buildings in the city can be admired.

The Gothic Palace, which is the seat of the Municipality, can only be visited externally, but its beautiful Gothic-style façade is unmissable.

The Church of San Francesco, is on Piazza Cavalli, is built in Lombard Gothic style with a large rose window that illuminates the interior of the church.

The Basilica di Sant’Antonino is dedicated to the patron Saint of the city, which has the peculiarity of having an octagonal bell tower.

It was built in Romanesque style in 350, it offers beautiful canvases and an impressive pipe organ of the modern era.

The Municipal Theater of Piacenza was the first to be built in Emilia and it was designed in 1803 and completed in 1804.

It was defined as the most beautiful theater in Italy due to the marvelous frescoes that embellish the interiors.

If you have time you should go to visit Bobbio, this little town was nominated as the most beautiful Borgo of Italy in 2019. The old bridge and the city center made this city to be proclaimed as the winner of the contest.

The food in Piacenza will be the food typical from the region Emilia, but still, it is located not too far from Liguria and Lombardia and you will feel the influence of both regions.

The typical Piacenza dish is Pisaréi and Fasö, Gnocchetti and Borlotti beans seasoned with tomato sauce, lard or pancetta.

This is a very poor dish that can be found in any restaurant in the province, it contains a lot of proteins and it is pretty solid as a meal.

La Bomba Ad Ris (La Bomba Di Riso Alla Piacentina) is another great recipe from Piacenza and it consists of making a sort of cake with rice, pigeons meat, mushrooms, cheese, and other ingredients.

Ill Lümägh (Le Lumache) is a dish that not a lot of people eat but that is pretty popular in this city and is nothing else than snails.

Piacenza is a very nice city that you can visit in a day and that is on your way from Bologna to Milan for instance.

It is pretty close to Mantova as well which is a masterpiece of a city that you should visit at least once in your life.

The city center is pretty easy to figure out and you can also go to the tourist office and ask if there are some cool events during your stay in this city.

Food in Piacenza is pretty awesome because it mixes the cultures of several regions of Italy, and you can taste a bit of real awesome Italian food for sure.

The surroundings of Piacenza are awesome, in fact, it is best to rent a car and get lost in the little towns that surround this area.

For instance, you could go visit Bobbio which got nominated as the best borgo of Italy in 2019, the city of Bobbio will stay impressed in your mind for a while.

I hope that you have some interest in visiting Piacenza now and that this short guide was a little bit helpful for you. 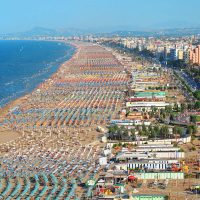 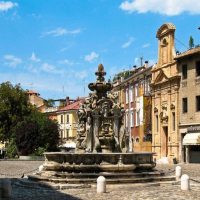 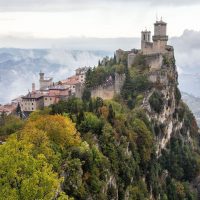