Reggio Calabria is the gate to Sicily and one of the most southern cities of the region Calabria, on top of some awesome beaches you will find a lot more stuff there.

This city is famous worldwide for the Bronzi Di Riace and the beautiful weather that you will find there in any period of the year.

This city was an ancient Greek colony and you can find the rest of this civilization in many places around the city.

Nature and the beautiful beaches and the Parco Nazionale dell’Aspromonte are going to catch your heart and you will want to discover more of this city.

If you are planning to have some fun discovering this city you are in the right place because I am going to tell you exactly all the best places and what to eat while in Reggio Calabria.

Reggio Calabria What To Do

We can begin our Reggio Calabria tour from the cathedral (Duomo) whose origins date back to the beginning of the II millennium. The Art Nouveau style, due to the last restoration works carried out, gave the Duomo a characteristic pure white color.

The Arena of The Stretto Di Messina is a small amphitheater on the Lungomare Falcomatà, built on the façade of the ancient Greek theaters, of which it reproduces all the details.

This is the best place in the world to go see some street performers or concerts. From there you will be able to see the Island of Sicily just in front of you.

The Aragonese Castle is a beautiful castle that has been inhabited by several important people, who each time gave it a different name and is a must-see if you are in the city and you like old castles.

Piazza Garibaldi is one of the most important squares in Reggio Calabria and is dedicated to Garibaldi which is a very important figure for the Italians and here there was an important battle where Garibaldi got injured.

The Museo Archeologico Nazionale is the place where you will be able to see the super famous Bronzi Di Riace, these are statues that were found in the middle of the sea and that became the symbol of the city.

The Parco Della Mondialità is located in the district of Gallico Superiore, and houses structures representing the major cultures of the Earth.

Developed around the sanctuary, the park extends over five hectares, and is rich in relaxing corners, including numerous ponds and awesome structures.

There is one dish called Peperonata al Forno that I want to talk about in this article which is basically several different kinds of peppers cooked in the oven and marinated with spices.

Then there is one of the most famous cured meat in the world called Nduja, this is a spicy and special cured meat that comes from the region Calabria and mostly from this city,

If you love spicy food you want to eat a sandwich with Nduja for sure, this is one of the favorite cured meats in the world and you will love it.

Food tourism is very popular in Calabria and you will definitely find many places where you can go eat some of the best meals in your life.

The Cipolla Di Tropea (Onion) and spicy peppers are some of the major ingredients in this area and if you like tasty and spicy food you are in the right place.

Reggio Calabria is the gate to Sicily thanks to the Strait of Messina, as for now there is no bridge that connects the Calabria region to Sicily but still, you can go in Sicily by boat.

This city doesn’t have many visitors along they have one of the best climates of all of Italy not a lot of people spend time there visiting the city center.

A lot of visitors are attracted by the Bronzi Di Riace, which are some of the most majestic bronze sculptures in the works and they can be found in the museum of the city.

Something you will never get disappointed while in this city is the food, in fact, you will be able to eat some of the best dishes in your life. Peppers and onions are often used when cooking food in this city.

I hope that by now you have some interest in visiting this place, the food, the beautiful beaches and the warmth of the people are waiting for you.

I Hope That You Liked This Short Review Of Reggio Calabria, Feel Free To Share This Website. You Can Tweet Any Sentence Just By Highlight It. 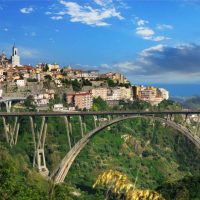 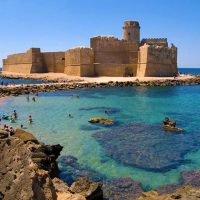 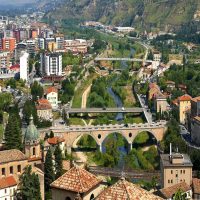 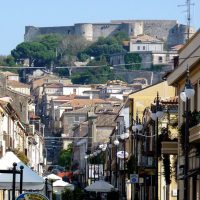