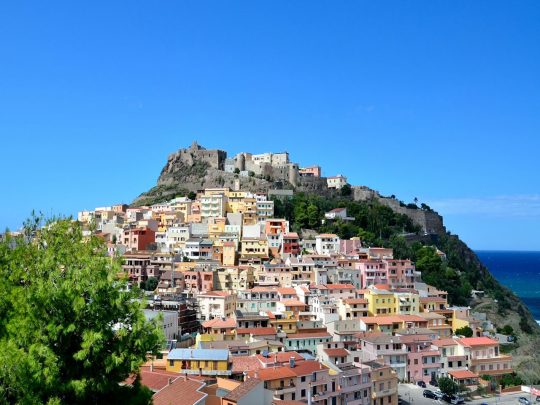 Sassari is probably the most beautiful province in Sardinia, located in the northern part of the island it is full of things to discover.

Meanwhile, Sassari is a nice city, there are cities in the province that are more known than Sassari, a lot of Borghi also are worth a visit.

For instance, Olbia, Porto Cervo, Castelsardo, the beautiful island of L’asinara, Budelli (heritage of UNESCO), Spargi and Caprera, Santa Teresa Di Gallura and so much more.

The most beautiful attraction in the area are the islands and the beautiful beaches, the Borghi and little towns in the province are also something magic and worth your time.

If you are ready to discover this beautiful province and start exploring some nice beaches and awesome buildings and food read on this guide.

Sassari What To Do

Sassari is well known because of the best climate in the country, it will be very hard to find a bad week if you visit this town.

The city center is beautiful and as the name can suggest (Sasso = Stone) the city is laying on a big stone.

Take a look at the video below and you will soon understand why you should visit this area of Italy and its perfect climate.

The city center is pretty small and you can start your visit from the Duomo of San Nicola. Walking on the Corso Vittorio Emanuele you will be able to discover a lot of nice buildings and architectures in Sassari.

Visiting the church of Santa Maria di Betlem is another good idea, this church was built in 1100 and characterized by a large fifteenth-century rose window of the façade e from the impressive silver dome.

For more information about the city, you can visit this article written in Italian.

Sassari is one of the less prehistoric cities, you can still find nuraghe constructions but less compared to the south of Sardinia.

The beautiful beaches located in the northern part of the Island are not everything that this land has to give.

Some of the most protected and well-preserved islands in the world can be reached with special boats and visited.

I could not wait for more to show you one of the best food I have eaten in my life! This masterpiece of food can be found in the province of Sassari and in Sardinia pretty much everywhere and is called Porceddu.

Porceddu means little pig in the dialect of Sardinia and you will be able to eat a baby pig, killed and cooked from you with the most delicious meat ever.

The little pig is killed, seasoned and all the guts and organs are removed and then served on a plate with no interiors.

Depending on the size of the baby pig you can share with your family and eat it all.

As weird as it sounds, in reality, if you go to a restaurant and order a Porceddu you will not leave not even a slice of meat on the table because it tastes delicious and it can be found only in Sardinia.

I Giggioni are another great pasta dish which are gnocchi seasoned with the sausage spindle and they taste like heaven on earth.

If you like sweets and desserts you must try the seadas al miele, which is a delicious dessert made with honey.

Sassari is a beautiful city located in the northern part of Sardinia. it is well known for the most beautiful beaches in the world and some of the nicest Borghi in Italy.

If you are in Sardinia you definitely want to go check out the island in front of the most northern point called Santa Teresa di Gallura.

These islands are protected and are allowed only a certain number of people on them because of their beauty.

If you are in Sassari you should visit the city center and some of the nicest Borghi in Italy.

One of these Borghi is called CastelSardo and is awesome and beautiful at the same time. They have a nice castle on top of the rock and one of the nicest beaches in the world.

If you are in Sardinia you don’t want to miss the local cuisine and especially the Porceddu. This is an entire baby pig that will be cocked and served on a plate for you.

I hope that you liked this guide of Sassari and that you are tempted at least from the Porceddu to pay a visit to this beautiful region and province of Italy. 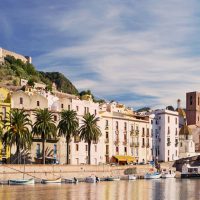 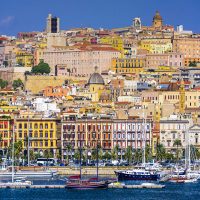 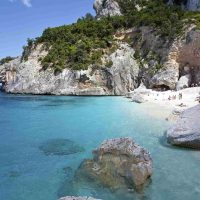 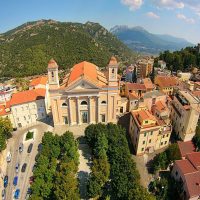