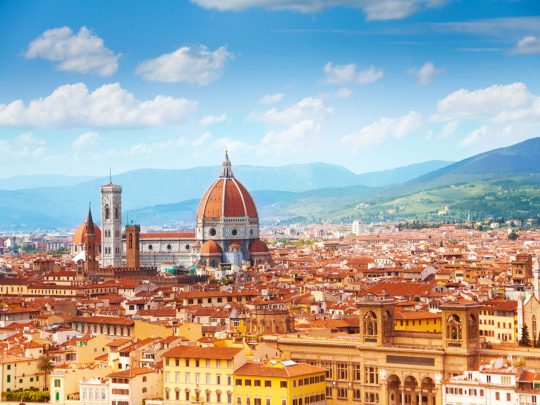 Florence is the cradle of the Renaissance and the spot where all the fine arts, inventions, and most talented geniuses were hanging out.

If you could go back in time you would be able to smack on the shoulder Donatello, Michelangelo, and Leonardo and go fishing with them maybe.

Jokes apart this town is something unbelievable, every inch is filled with masterpieces and unfortunately also too many tourists.

Making a list of things to do or telling you what to do is not strictly necessary, once you are in this town you will be astonished in a matter of seconds.

The hills around the breathtaking landscapes and sights, like Piazzale Michelangelo, will be imprinted in your mind forever.

If you are ready to understand how grand Italy is, this is probably the best place to start. I like Florence way more than Venice.

Firenze What To Do

So you’ve got one day or two to spend in Florence?

If you can, try to spend more time there, this city is inspiring and a city museum in an open space.

La cupola del Brunelleschi it’s considered to be the most perfect and sublime architecture in the world. Designed by Giotto it’s the largest masonry dome ever built.

Not to mention Ponte Vecchio one of the most photographed bridges in the world with shops on it.

Palazzo Vecchio is the residence of the mayor of Florence and one of the most important architectures in the world.

The David statue is just in front of it, and for some reason, it’s one of the only buildings in the world that it’s impossible to completely include in one single picture due to its shape.

Glu Uffizi is the most important museum in Florence, this museum contains the best arts in the world, from Caravaggio to Raffaello, Tiziano, Giotto, Leonardo and so much more.

If you want to have a nice view of the whole city you should go to Piazzale Michelangelo, as you can see down below is one of the best panoramas in Florence.

La Basilica di Santa Croce is the tomb of the supreme Michelangelo, Galileo Galilei and many others and the cenotaph of Dante. The tomb of Dante Alighieri the greatest poet is in Ravenna.

Palazzo Pitti is one of the most underrated places in Florence and yet one of my favorite ones, Giardini di Boboli (Gardens) are in front of this magnificent building.

The hills around Florence are awesome and if you have time you should take a visit to them.

Florence (Firenze) Is a massive city and of course, the nearby cities are awesome but if you don’t have a lot of time to visit them focus on Florence.

The worst thing about this city is the heat in the summer and the huge amount of rude tourists and rude Italians tired of tourists.

Florence is famous for a lot of traditional food, la Fiorentina is the biggest kind of steak available in Italy and it’s from Florence.

The thing is that because of the tourists you will not be able to taste the real Italian food unless you pay a lot of cash.

My advice is to always go if you can outside of the city center in an old trattoria or place where truckers or old people go.

That way it will be more traditional, taste better and way cheaper. If you are curious you can visit the San Lorenzo Market, an awesome place where any kind of food and delicacy will be available.

A very typical cheap street food you can eat in Firenze is the Lampredotto Sandwich, it’s made with Abomaso which is one of the 4 stomachs of cattle.

It sounds pretty gross, but in Italy is quite popular eating this kind of food as for street food, especially in the south of Italy and even in other regions.

A very popular dish is the Trippa for instance.

Some notable plates typical from Florence are:

Don’t get grossed up by guts or brains, these are good things to try, I honestly don’t eat them regularly but they taste good.

There are of course a lot of dishes typical of the Italian cuisine in Italy, and every place you go you will find something different.

For instance, I remember still one time I was driving to Florence and 15 minutes away from the center I have found a $9 Menu Fisso place with some awesome food.

Florence is the paradise city, the only thing that is missing is the breeze of the sea and a smaller amount of tourists.

For the rest, if you are armed with imagination you can think about walking the city surrounded by some of the most prestigious artists in the world.

Every corner of the city is full of attractions, museum, sightseeing and the most beautiful architectures and arts in the world.

The nightlife scene also is awesome, in fact, there is a big university and students from all over the world.

75% of the population there is probably foreign and many bars and cool things are going on all day long.

If you are looking for the most international city in Italy surrounded by the best arts and beautiful looking landscapes you are in the right spot.

Florence called Firenze in Italian will amaze you for sure! 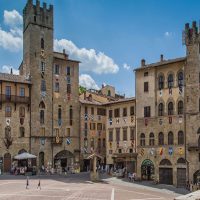 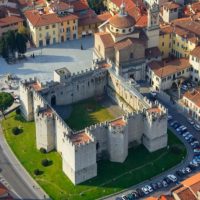 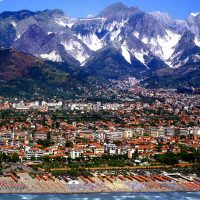 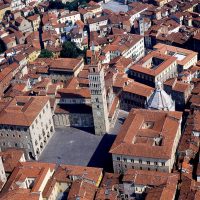